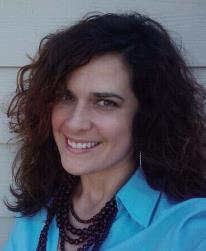 Dara Carrillo, is a communications and efficiency strategist, artist, activist and founder of DC Communications Consulting.She is greatly motivated by serving others and thrives in creating ideas and bringing them to fruition. Dara helps small to medium sized businesses and nonprofit organizations streamline processes, create strong internal infrastructures, develop individuals, build team effectiveness, maximize organizational efficiency, and ultimately increase profitability through effective communication strategies.
An activist? Me? If someone would have told me years ago that I would be an activist when I grew up, I probably would not have believed them. Being an activist did not seem like something I would ever be motivated to become. As an introverted extrovert, the idea of whooping and hollering, and making a bunch of racket in public about a specific cause did not appeal to me whatsoever; but in the early part of 2011, all that changed. Here’s my story about how I answered my call to leadership as an activist in Austin, Texas.
One evening I found myself perusing Facebook and came across an event titled, “Slutwalk Austin Volunteer Call”. At first, I was a bit shocked by the title, but even still, curious enough to click on it anyway to find out more about it.  It was then that I discovered that March was intended for citizens to stand in solidarity with survivors of sexual violence, help raise awareness and put an end to the victim blaming culture we live in.  This global grassroots movement began when a cop in Toronto publicly announced that a girl would not have gotten raped if she was not wearing revealing clothes. I was so appalled that I signed up immediately to attend the meeting and help put an end to that kind of backwards thinking.
“You may think your actions are meaningless and that they won’t help, but that is no excuse, you must still act.”
At this point in my life, I had just completed my Bachelor of Arts degree in Organizational Communications from St. Edward’s University, and was enthusiastic to put my new knowledge and skills to practice. I found myself doing hours of research and wrote down a ton of ideas in preparation for the volunteer meeting.
“The most important political office is that of a private citizen.”
The community meeting was held at a local restaurant in Austin. I was welcomed by about a dozen women and men who were also there to volunteer. I could feel the energy, motivation and excitement at the table.  There was no clear agenda other than to recruit volunteers for the march. Recognizing the need for organization, I jumped right in.  I suggested that everyone briefly share their strengths, interests, and experiences and then we could work toward matching interests with the necessary tasks.  The organizers of the meeting thought it was a great idea, so we all went around the table and shared.
A couple of days later, the lead organizer of the meeting contacted me and asked if I would be interested in meeting with them to discuss serving as the Volunteer Coordinator for March, and I willingly agreed.
Over the course of the next three months, I worked at least 40 hours a week (on top of my regular 40 hour work week) preparing for this event. I lent a hand in making sure every “t” was crossed and every “i” was dotted and also helped recruit, orient and manage volunteers for this march. The event was a huge success with 4 inspirational speakers, 60+ volunteers and close to 1,500 attendees who marched with us, starting and ending at the capitol through downtown Austin. After this event, I continued advocating for sexual assault survivors as a Communications Strategist and Volunteer Coordinator for Sexual-Violence Free Austin (SVFree).
There are many different approaches to activism. The angry, reactive approach did not appeal to me at all. In fact, that method made me quite uncomfortable. This entire process taught me that I naturally gravitated toward a proactive style of activism focusing on education and prevention.
Today, without hesitation, I call myself an activist and a leader. My experiences showed me how very possible it was to start with a vision of what could be, and take action. Reflecting on this experience, I cannot believe how energetic and willing I was to work that hard and that many hours, for free.  Helping others have a voice and feel supported was all the motivation I needed to sustain me.
“Be the change that you wish to see in the world.” 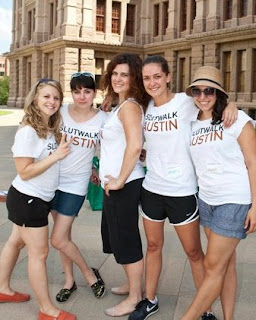 Gaining this awareness that my inspiration came from serving others, I know that my future will include activism and in fact, we need activism in our society to create positive change. It was through my service to others, standing in solidarity with survivors and working side by side with others who had common goals, that I was able to answer my call to leadership. My passion for civic engagement propels me to continue to practice leadership and is a priority in my life’s work.
Connect with Dara on her blog or send her an e-mail.
Today’s post is the third of the SOS Leadership Austin Leading Ladies’ Blog Series. The purpose of this blog series is to share the stories and insights of women who are answering the call to leadership in their lives. Come back each Friday to read more!